Home prices posted the largest annual gain since housing bubble days in August, although the month-over-month gain slowed for the fourth straight month. 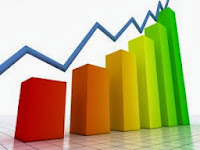 But with mortgage rates significantly higher in recent months, the pace of increases is slowing. The 1.3% rise compared to July is only half the monthly increase posted in April when mortgage rates were near a record low.

Still, the recovery in the housing market continues to be strong, helped by a drop in foreclosures that were weighing on overall prices. A drop in the unemployment rate is also helping to support the housing recovery.

Related: To get the house, get there first
Experts said the slowing of the monthly increase is not necessarily a bad thing, as it will reduce the chance of another bubble in home prices.

"It's good to see the pace of home value appreciation moderate, allowing the market to get back into a more sustainable balance and not topple over," said Stan Humphries, chief economist of home price tracker Zillow.com. "Home value appreciation is better when it's boring, and we expect to see continued moderation."

Related: Shiller, two other win economics Nobel for 'bubble' warning
Despite the rebound in prices, overall prices remain about 20% below the July 2006 peak. But prices in Dallas and Denver once again hit record highs. And markets, including Boston and Charlotte, are now less than 10% below their peak prices.

The markets that rose fastest during the bubble -- Las Vegas, Miami, Tampa and Phoenix -- remain more than 35% below their peak valuations. But those markets are also among those with the most rapid price increases compared to a year ago. The fastest growth has been in Las Vegas, where prices are up 29%.

Posted by Tracy Homes Real Estate at 10:52 AM

Bay Area housing snaps back as "most recovered" U.S. market 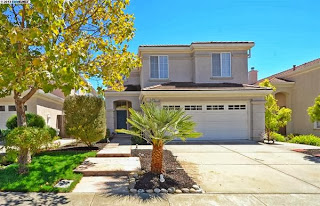 Home prices in the San Francisco metropolitan area have increased by 52 percent since hitting the most recent low during the recession, according to an analysis by the American Action Forum, a center-right policy institute.

“California was among a handful of states particularly hard hit by the boom and bust of the housing bubble, seeing home values decline by 45 percent statewide,” the think tank states in a recent report. “San Francisco notably stands as one of the most improved hard-hit markets.”

Other California metropolitan areas such as San Diego and Los Angeles are also in recovery mode with prices increasing by more than 30 percent since the low. Coastal areas in the golden state have fared much better than smaller, inland communities, the report states, exemplifying the economy’s uneven recovery.

Rising employment levels in cities such as San Francisco and San Jose, which have seen a huge increase in technology jobs, and low inventory have pushed up home prices to “nearly the same level they were at during the peak of the bubble.”

The median price for a home in the Bay Area jumped 28.7 percent to $539,750 in October compared with the same month last year, according to DataQuick, a San Diego-based real estate information service.

"At different times in recent years we’ve had various peaks or troughs when it comes to sales volume, prices, foreclosure activity, cash sales,
absentee-owner sales, various home loan options, you name it,” said John Walsh, DataQuick president. "All of these market components are now trending toward normal. We are still a ways away, but the market is slowly re-establishing equilibrium.”


Courtesy of  BizJournals.com
Posted by Tracy Homes Real Estate at 5:06 PM No comments:

I am a Real Estate Broker who is dedicated to serving our clients interests above all else.

Tracy Homes
TracyRealEstateExpert.com
Sign up for our Newsletter
Search for Properties
Coffee Fill-up for Mind and Spirit